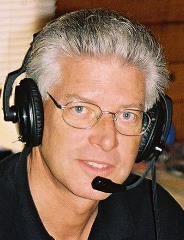 I was licensed in 1969 at the age of 16. My first exposure to Amateur Radio was upon entering senior high school at Garden City Collegiate in Winnipeg.

My friend Tom Smith and I joined the Amateur Radio Club which we assumed spent its time tearing radios apart and putting them back together. 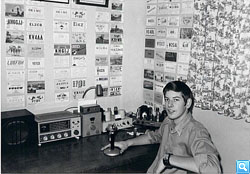 VE4EW -- where it all began We were amazed at what we saw as we entered the sanctity of VE4GY, the school's club station. Sounds of Morse code and heterodynes of AM stations wafted through the air like beacons from a distant planet. We sat in front of what we thought was the most incredible collection of techie stuff we had ever seen. Heathkit HX-11 and DX-35 transmitters, HR-10 receiver and a VF-1 VFO. Wow! were we impressed.

After our initial exposure we were hooked. Within the year Tom was licensed as VE4SI (a call he still holds) and a few months later (code problems) I received VE4EW. I was very active in DXing from Winnipeg until I left there in 1979. 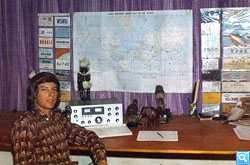 In the spring of 1972 my father arrives home from work one day and announces that he might be going on an extended stay to Botswana, Africa.

His employer, Comstock International had just won a contract to build a coal-fired power station and transmission line and he would become the foreman for the power line construction. Imagine my excitement when the trip was confirmed, a departure date was set for October 1972 and the whole family was going!

Within a few weeks after arriving in Africa I was on the air as A2CEW.

I operated with a FTDX-400 and 2-el yagi and made about 2,200 contacts in nine months. An incredible experience which solidified my interest in Ham Radio, DXing and traveling.

I moved to British Columbia in 1980 but was unable to erect anything more significant than a vertical until 1992 when I moved into a house with my wife and seven-year-old daughter.

Within a month of moving in, I installed a 65' tower with a Cushcraft A4S c/w 40M option and was finally on the air with a directive antenna.

Not much has changed in the last 10 years with the antenna but there is now a FT1000MP MK-V transceiver as the main radio. My radio activities consist of DXing on 10M thru 80M and operating various DX contests as a casual participant. 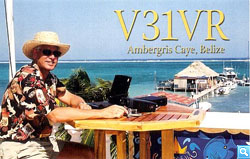 I was amazed at the propagation from that location and the ability of my little radio to be heard around the world.

The station consisted of an ICOM IC706MK IIG, a laptop computer, Bencher key and dipoles for 10, 20 and 40M.

Someone mentioned the "salt water amplifier" which must have been working since the dipoles played way above my expectation. I still hold the call and intend to return to Belize and operate a contest from there one day in the near future. 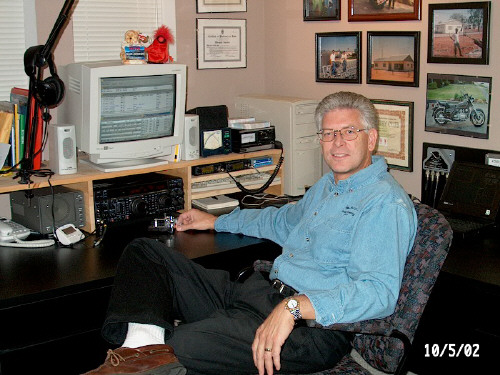 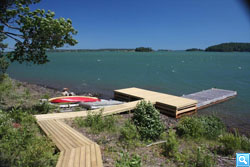 View from the deck to the dock at our current cottage -- Grid square EN86 -- about 50 km. east of Sault Ste. Marie, ON 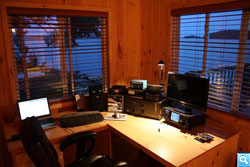 The operating desk at the new VE3SSJ cottage 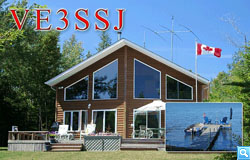 The former cottage located on St. Joseph Island about 40 km. east of Sault Ste. Marie, ON 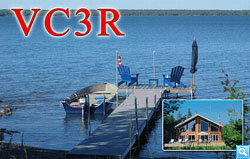 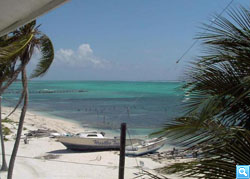 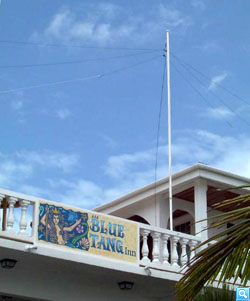