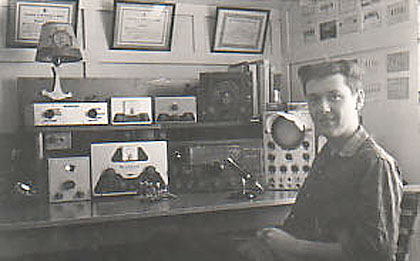 Circa 1960 Shack
Heathkits DX-40, VF-1, SWR Meter and Q Mult. Receiver National NC-125, Trio Preselector. Eico monitor 'scope. Home brew antenna tuner.
It all started in 1955 (Grade 7) when my Industrial Arts teacher wired a lamp in series with a switch and a dry cell using double cotton covered bell wire. The wires were routed in a square layout held down with thumbtacks to a wooden board.

Each circuit element had the wire coiled in the form of a solenoid to each terminal of each device. He then closed the switch and the damn light turned on. Home-made one and two transistor radios (anyone remember the 2N107 & CK722 Ge PNP) soon followed.

By Grade 10, I was enrolled in a technical high school and went off to see the electronics teacher. I wanted to form an electricity club. He said, "like ham radio?" This suggestion was absurd -- how would that be possible?

Well, we had a good turn out, a couple of licensed students actually showed up. The school (Victoria High) was soon licensed as VE7AAG with mil surplus equipment. Our electronics instructor was great - theory and code practice at noon and after classes. 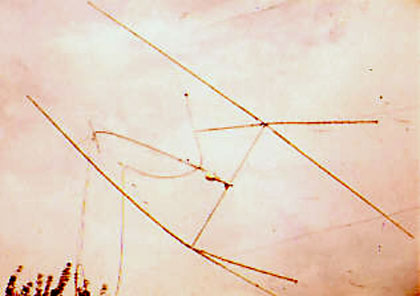 Dead quad
circa 1960
The 20-15-10m quad lasted about 6 months. Multi-guyed telescoping TV "mast." No money in those days to engineer things properly.


In 1959, I became VE7AAL, a call held until 2000. Off to Electrical Engineering in 1960 at UBC. Graduated in 1965 and have spent many years with local Vancouver companies in Engineering design and manufacturing.

I am a member of RAC, ARRL, North Shore Amateur Radio Club and the Orca DX and Contest Club. The station operates 160M through 10M, VHF, UHF and Satellites to 2.4 GHz. I enjoy operating, DXing, and contesting but mostly enjoy the technical challenges and rewards that ham radio continues to offer. 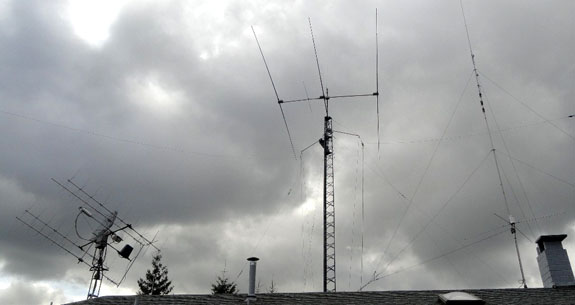 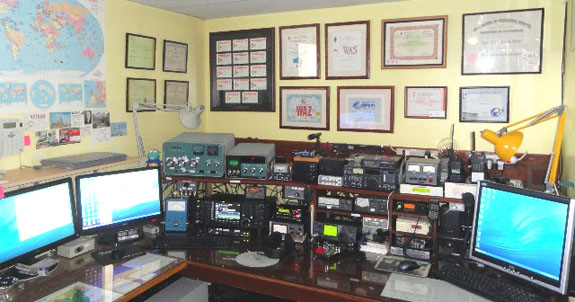