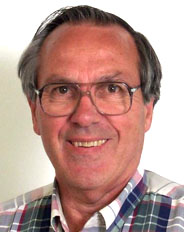 My career in Amateur Radio began in 1950, when at the age of 10, I bought a new radio that had a short-wave band on it, (160M) and I listened to hams talking and got interested.

I enjoyed collecting QSLs so much that in 1965, I decided to help others with QSLing and became a QSL manager. Since then, I have handed out over half a million QSL cards. Some of these included 5N2AAF, CR6AI, CR7FR, ZK1BM, 5H3KJ plus a ton of others.

Currently I handle the cards for more than 20 active stations -- see the list on QRZ.com.

I also enjoy DX contesting and have over 40 certificates for contest wins.

In 1972 I put up monobanders on 40M thru 10M plus six wire antennas for 80M to support my multi-op contest activities over the ensuing 25 years. In 1997 I reverted back to being a single-op contester. 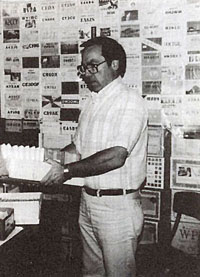 Dick with another box of QSL cards. I used to have three separate towers, though just one is currently up -- an 80' crank-up with a SteppIR DB36.

My rig is a Yaesu FT-2000 and Alpha 87-A amplifier. My logging program is DX4WIN and contest programs by N3FJP.

Since retiring from the electronic engineering field in 2007, I have had more time for hamming and travel with the wife. We have a grown son.

I have been the ARRL Northwestern Div. DX Advisory Committee representative since 1994. 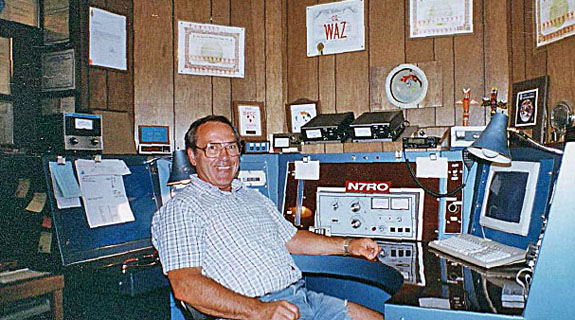 Dick N7RO in the shack